LESLIE ELLIOTTSMITH ART
LESLIE ELLIOTTSMITH  PUBLIC COMMISSIONS
All images copyrighted by Leslie Elliottsmith 2021
Completed Nov. 2006. Alexandria Water Building, Lee St. at Masonic "Garden Gateway". 460 feet of rough concrete multi-level wall. This mural was completed for the Alexandria Historical Association on a back wall of the water building. The wall was three different surfaces with pipe holes within the wall because the city had removed the large water tank which had been attached.  The mural was to enhance this otherwise desperate landscape of red clay and weeds. It is viewable from the busy thoroughfare of Masonic drive. commission $3000.00 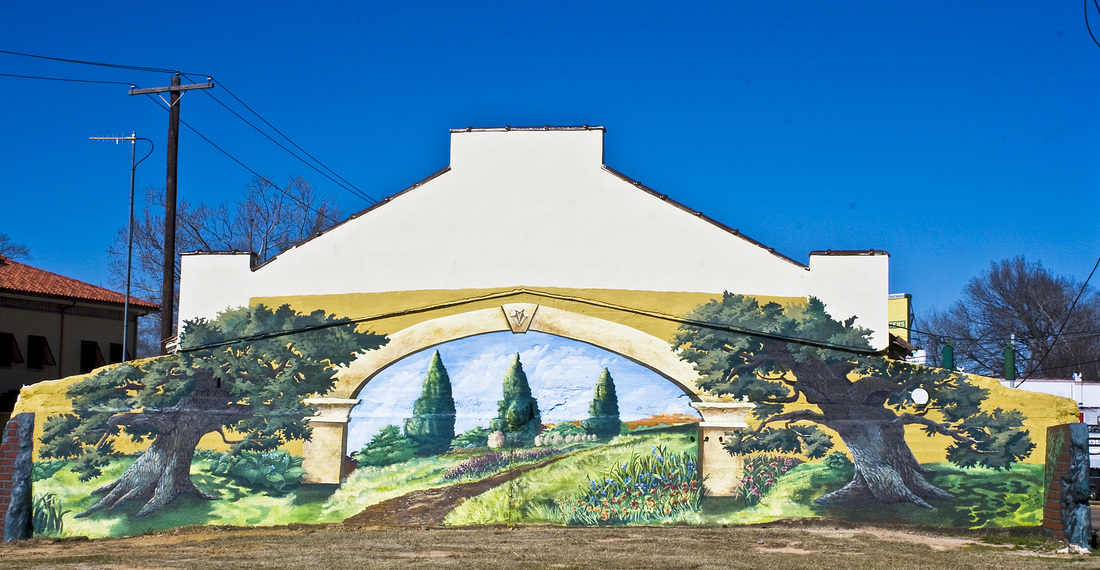 Mock-up for the Alexandria old water building mural.
Completed in 2000. Alexandria Town Talk Newspaper building mural, First street (formerly Main street) and Lee St "Variations in Tranquility".  This building was 250 feet long  and 5800 square feet of wall area  with  four air conditioning units with galvanized steel duct work that extended to the roof.  The mural was to enhance the otherwise bland concrete landscape. A concrete brick wall  8 feet tall was contracted to enclose the air units securing and hiding them.  The duct work was incorporated into the design so that they would disappear.  Commission $31,000.00. Destroyed by re-construction May 2016. 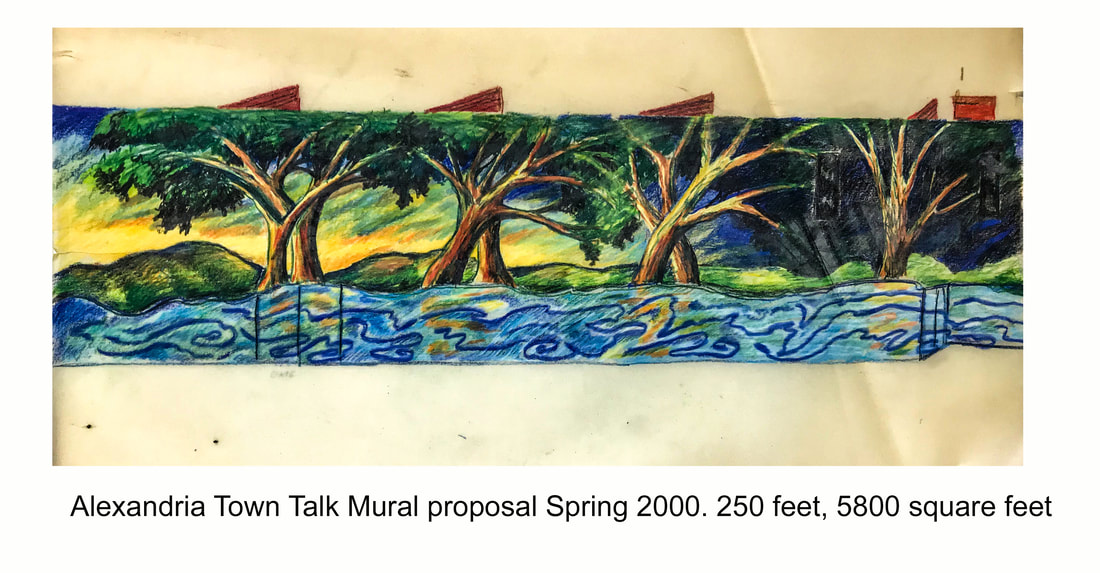 Completed September 2002 NOAH Triptych mural for Calvary Baptist Church, Alexandria. Each of the three 4 x 6  paintings were inset into lighted boxes. The mural resides in the children's wing across from an enormous children's play area build like the ark.  Commission $6000.00
Completed March 2003 LSU at Alexandria DONOR FOUNTAIN .  This is a tile installation on an existing fountain that had three square blocks of concrete standing behind it.  I added additional concrete roman arches and lintel with key stone accents to the existing fountain and then installed majolica stained painted glazed tiles in the form of a large oak tree.  Incorporated into the trunk of the tree are the names of all donors to the LSUA foundation. Commission $10,100.00 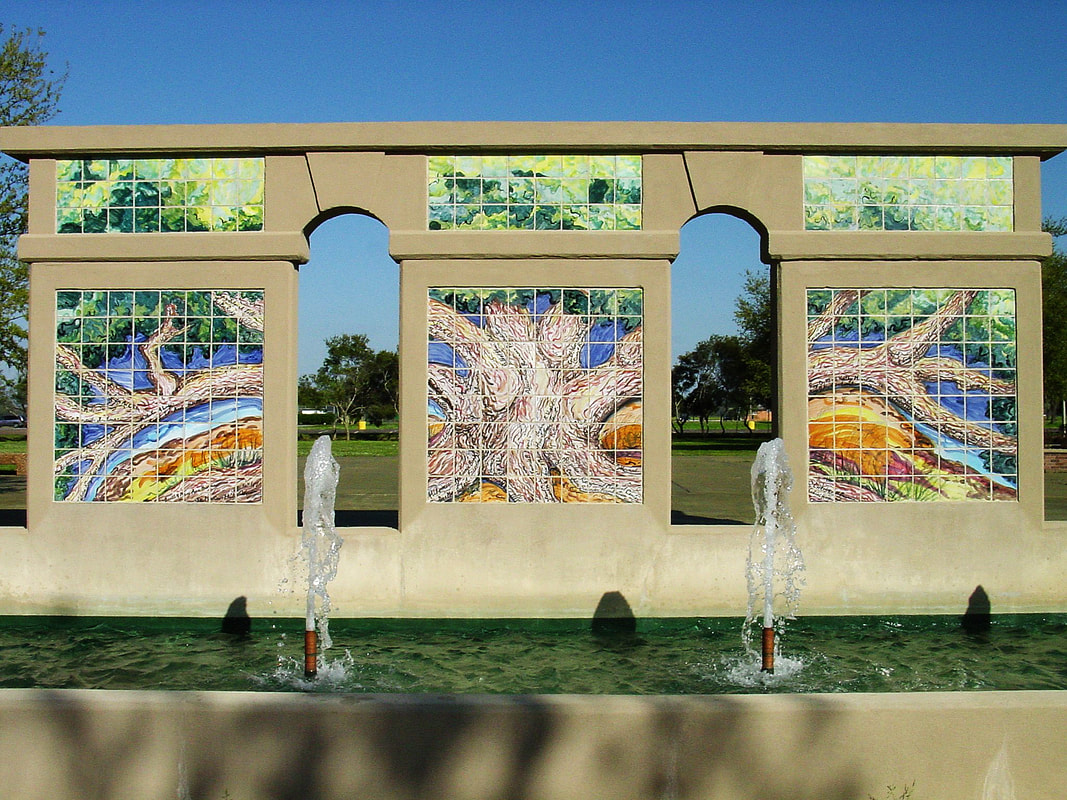 epoxy grouting the tiles on the fountain. 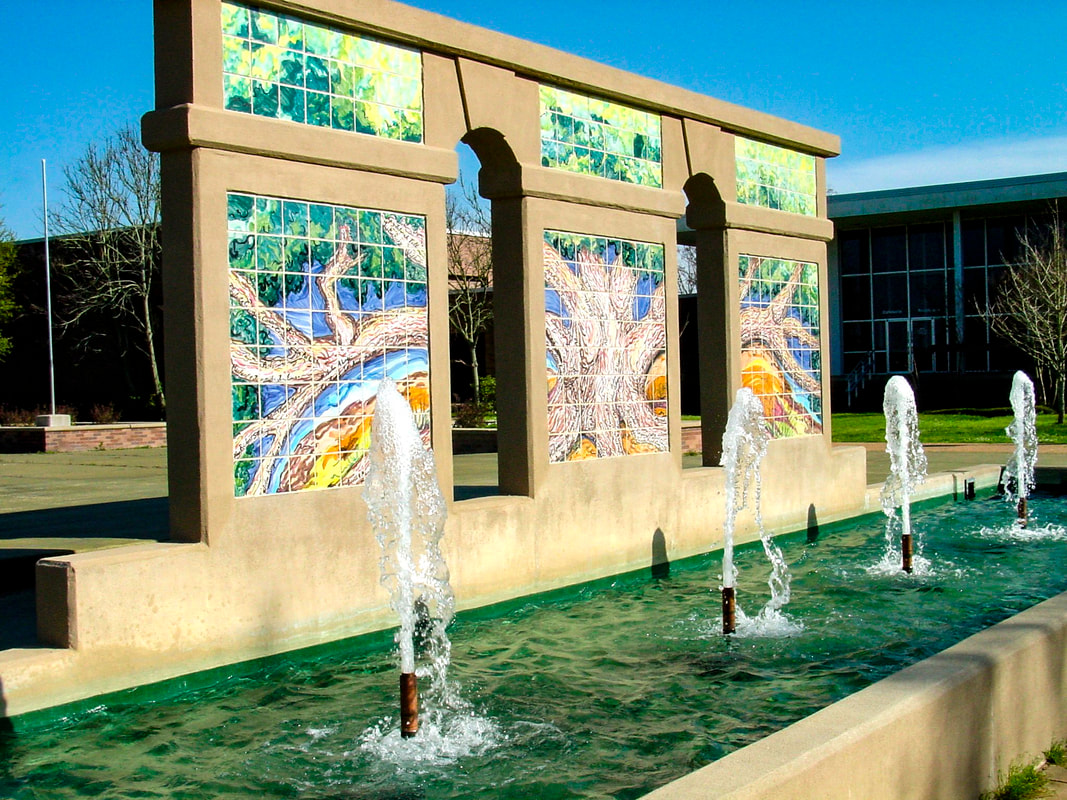 The finished donors fountain at LSUA.
Completed in 2003  ALEXANDRIA CITY HALL MURAL, 2nd Street. This 2000 square foot mural is on the back wall of City hall facing First Street across the street from the Alexandria Museum of Art.  Painted on pebble concrete wall with wood panel over loading dock garage door.   This was was flat with no architectural interest. I incorporated arches into the design of a long winding river to add architectural interest to this otherwise flat long rectangle. I also had to incorporate the loading dock garage door into the design by placing a header above the door. This mural was completed to honor the cities bicentennial in June 2003. Commission $12,157.00 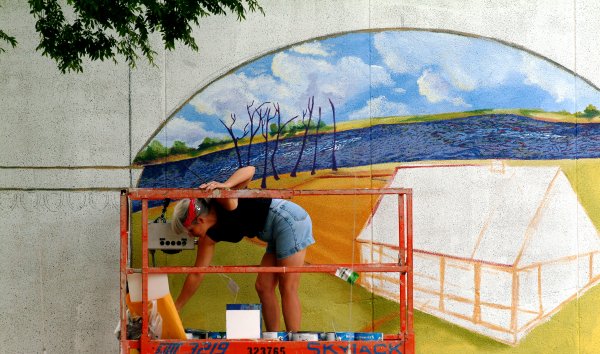 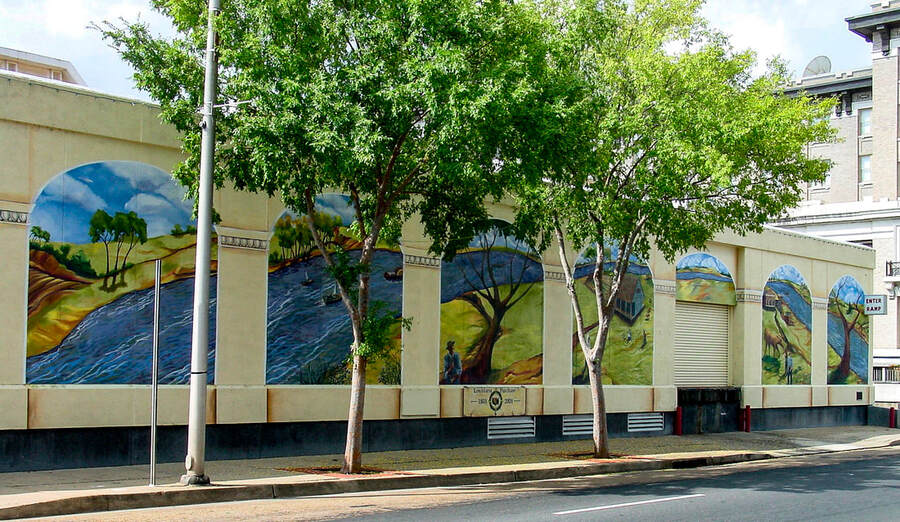 Completed in 1997 "DOORWAYS"  was a 4800 square feet mural commissioned by the Shreveport Regional Arts Council. Painted on a brick wall on the corner of Spring Street and Texas Street in downtown Shreveport across from the Texas Street bridge. Commission $13,000.00
It was destroyed by illegal construction in 2005.
A fire escape was illegally extended through the wall ruining the entire right portion of the mural. A settlement was made with the owner of the property but it was determined that the mural was unable to be fixed and so was painted over. 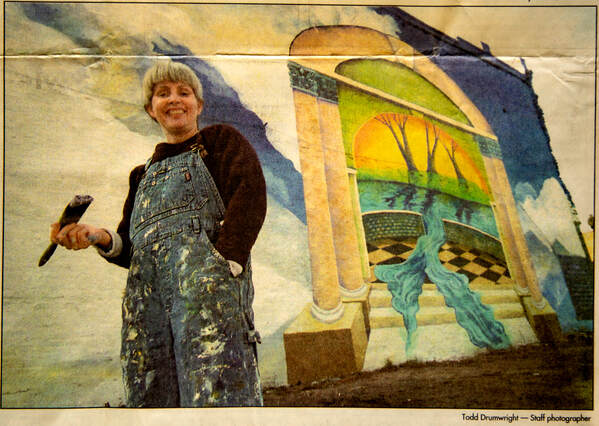 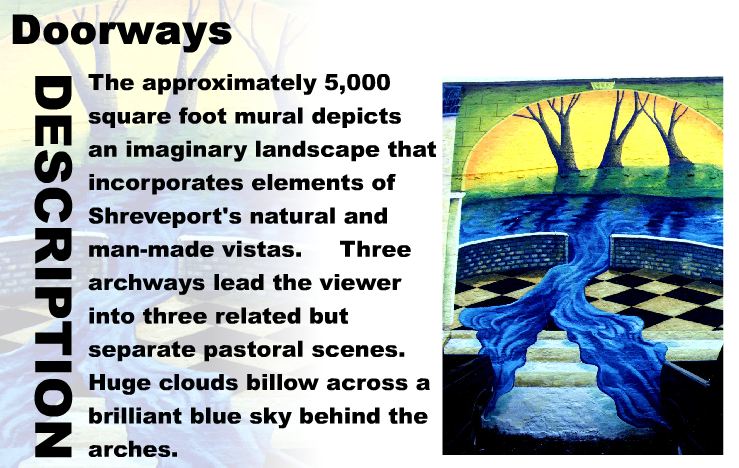 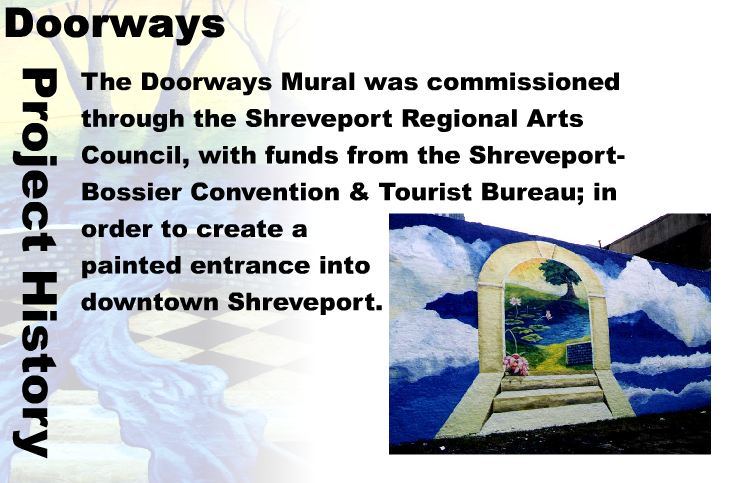 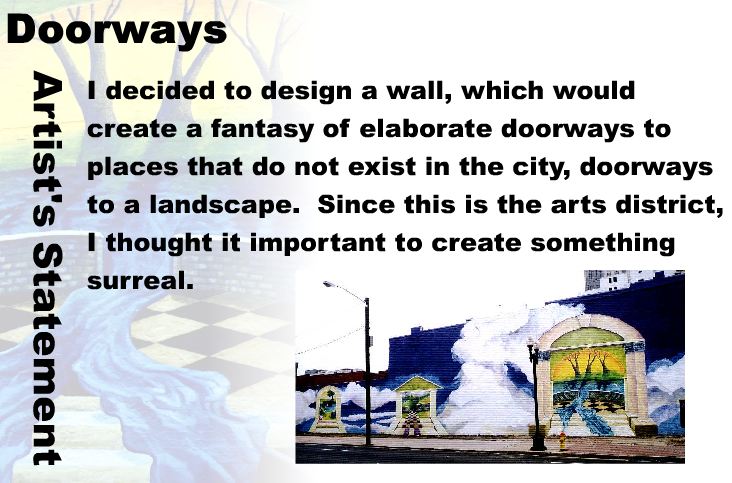 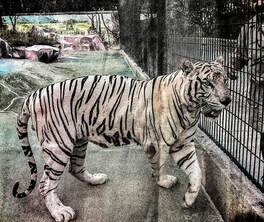